Currently there are no kea-specific devtools available. However the Redux devtools work really well.

With them you can:

The only thing that's missing is to inspect selectors live.

Get them for Chrome or Firefox 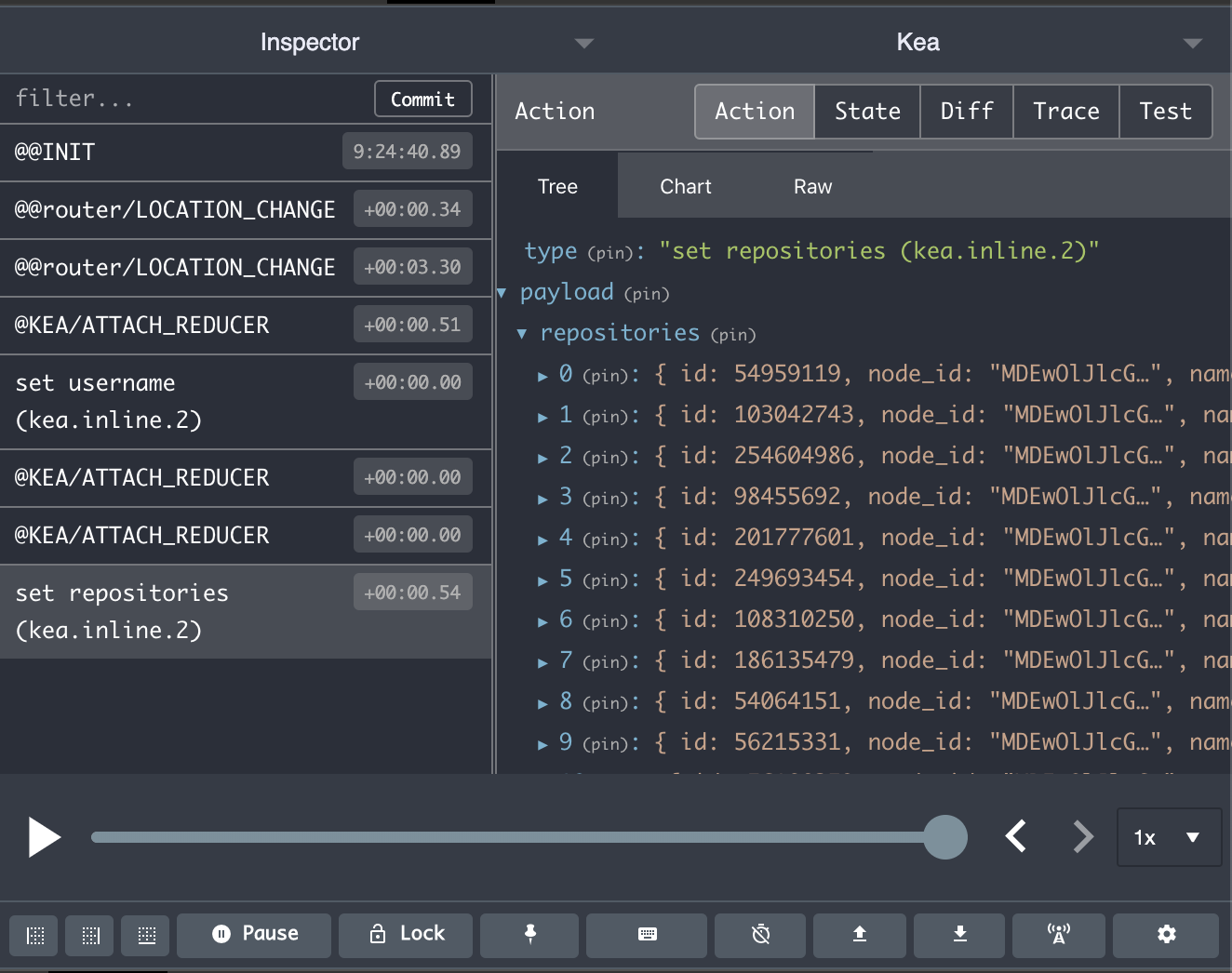 Any volunteers who want to work on fully-kea devtools? It would be nice to visually see how the logics interact with each other, see their state (including selectors) and to be able to call actions on them with the push of a button.

Here's a gist of a really raw devtool that just displays all the logics and their values in boxes.

If you explore your store's state in the devtools, you'll notice that every kea logic is mounted under a path like kea.logic.1 (or kea.inline.1 prior to Kea 2.4). 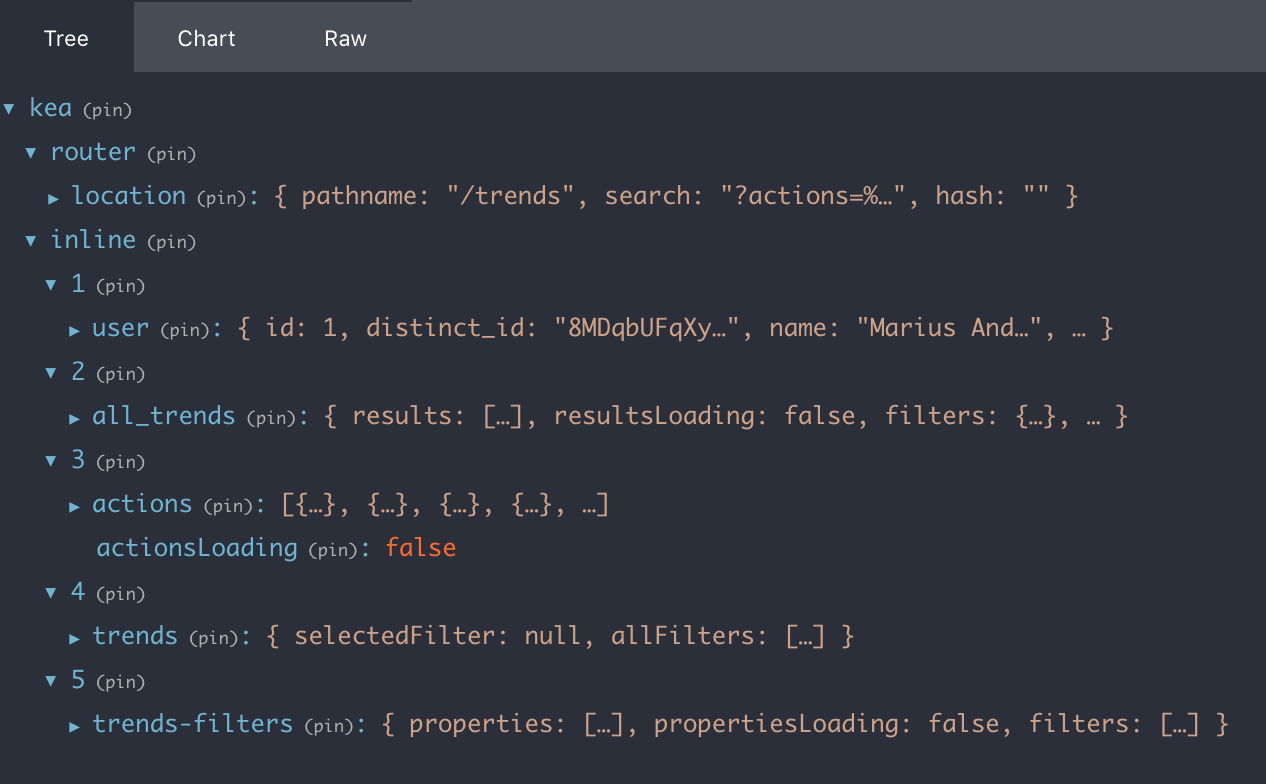 In order to help debugging, you may manually specify a path for your logic.

If you pass --write-paths to kea-typegen, it'll add this line for you.

If you're using Babel to transpile your code, check out the babel kea plugin. It can generate a paths for you automatically, if you're using the kea 2.0 object input syntax kea({ actions: {} }) (no logic builders).

Then add it to the list of plugins in .babelrc:

Logic paths are scoped from your app's root path. If you wish to skip a few parts of the path, for example if your frontend lives under frontend/src and you don't want every kea path to start with frontend.src, specify it in the config as follows:

After these changes, the inline paths from above will look like this: 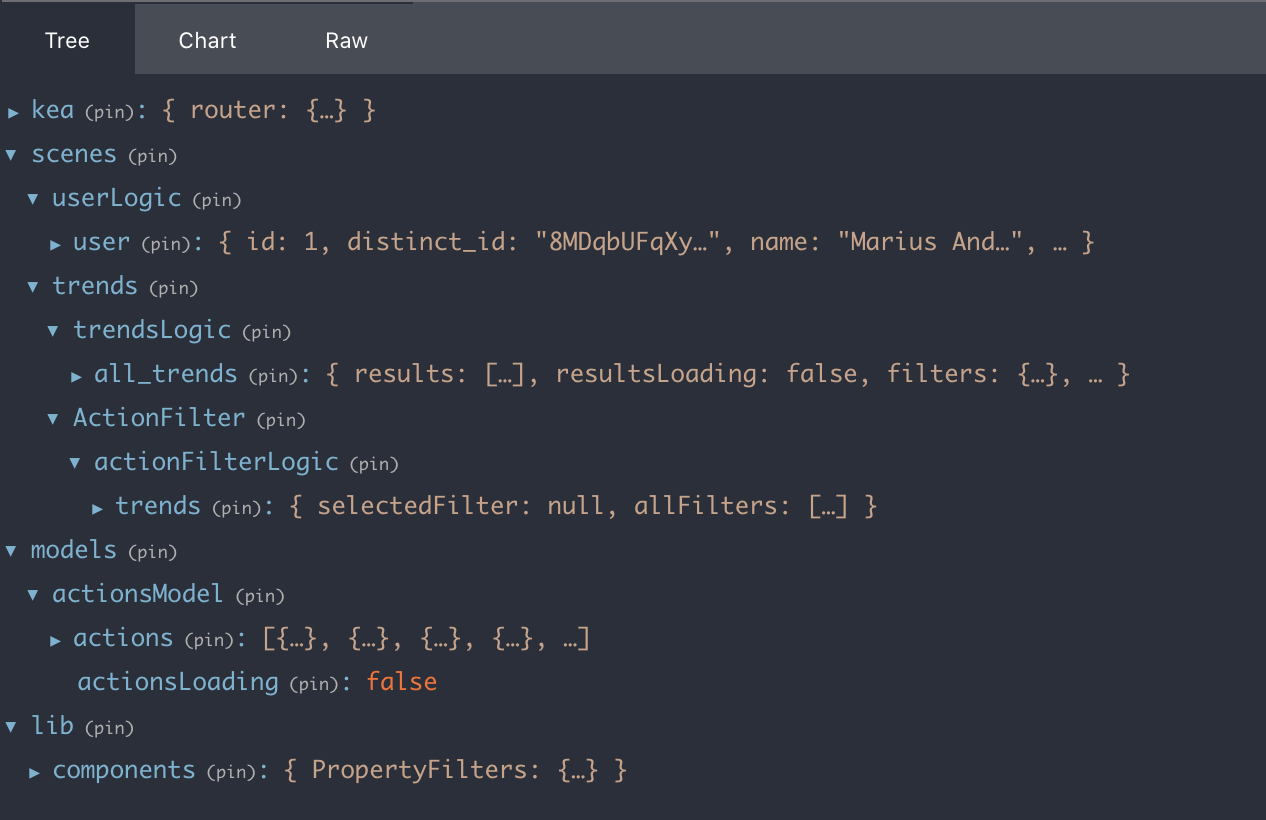 Ask questions about this page here.